With a progressive increase in the number of older people in the world population demography, the increase in the frequency of disabling and currently incurable age-related neurodegenerative disorders such as Alzheimer’s disease, Parkinson’s disease, and amyotrophic lateral sclerosis have had a devastating impact on individuals, families, and societies (“The challenge of neurodegenerative diseases in an aging population” in G7 Academies’ Joint Statements 2017). Until now, chemotherapy for primary brain tumors has generally been regarded as an alternative or adjuvant treatment to surgical resection and radiation therapy. No selective and effective chemotherapy agents have been available for primary brain tumors, resulting in large “unmet medical needs”.

There are two major barriers (Blood-brain barrier, BBB; Blood-cerebrospinal fluid barrier, BCSFB), which strictly regulate the entry of substance from systemic circulation to brain. The BBB consists of brain capillary endothelial cells, while the BCSFB consists of choroid plexus epithelial cells. Barrier cells are connected tightly by occludin junctions, and therefore, the permeability of solutes through the paracellular route (between cells) is negligible. In addition, the efflux transporters (MDR1 or P-gp) expressed on the plasma membrane of endothelial cells transports solutes, such as small molecule drugs, from inside the cells back to the blood with brain capillaries. With these protective mechanisms, most low and high molecular weight drugs including nucleic acid drugs can’t pass the BBB, contributing to the delay in the development of effective drugs for the treatments of neurodegenerative diseases and primary brain tumors.

In contrast to the role of protecting the brain from xenobiotics, it is well known that the BBB contains active transporters such as GLUT1 (glucose) and LAT1 (amino acids) for the uptake of essential nutrients from blood within brain capillaries. Receptors for transferrin and insulin are also expressed on the plasma membrane of endothelial cells to aide maintenance of brain function. Drug delivery systems (DDS) consisting of ligands (e.g. peptides) for transferrin or insulin receptors on BBB conjugated with payloads (drugs) are being developed to utilize transcytosis mechanisms of these receptors. However, the transcytosis-driven efficacy for these receptor-dependent delivery mechanisms only accounts for ~1% of dose.

We have an innovative drug delivery technology that breaks through the BBB by encapsulating a drug in a high molecular weight micelle modified with a ligand (navigation molecule). We utilize transcytosis through the localization of glucose transporter (GLUT1) to the blood-brain barrier vascular side due to glucose loading after reducing the blood glucose load. Another method is transcytosis via vascular localization at the blood-brain barrier via the transferrin receptor. In the former, the expression level of GLUT1 in brain capillary endothelial cells is much higher than that of other transporters / receptors, so the transport efficiency reaches 6%. In the latter, high delivery efficiency is achieved without lowering blood glucose levels due to dietary restrictions (without control). In addition, this technology utilizes the same skeleton consisting of a copolymer of polyethylene glycol and polyamino acid, even if the contained drug is replaced, so that various drug modes from small molecule to antibody can be used with minimal changes. It has versatility that can be applied to Modality).

We are striving to accelerate our development of DDSs containing drug candidates for the treatments of patients with brain tumors, neurodegenerative diseases, pain, or infectious diseases in order to deliver our drugs to these patients as early as possible. 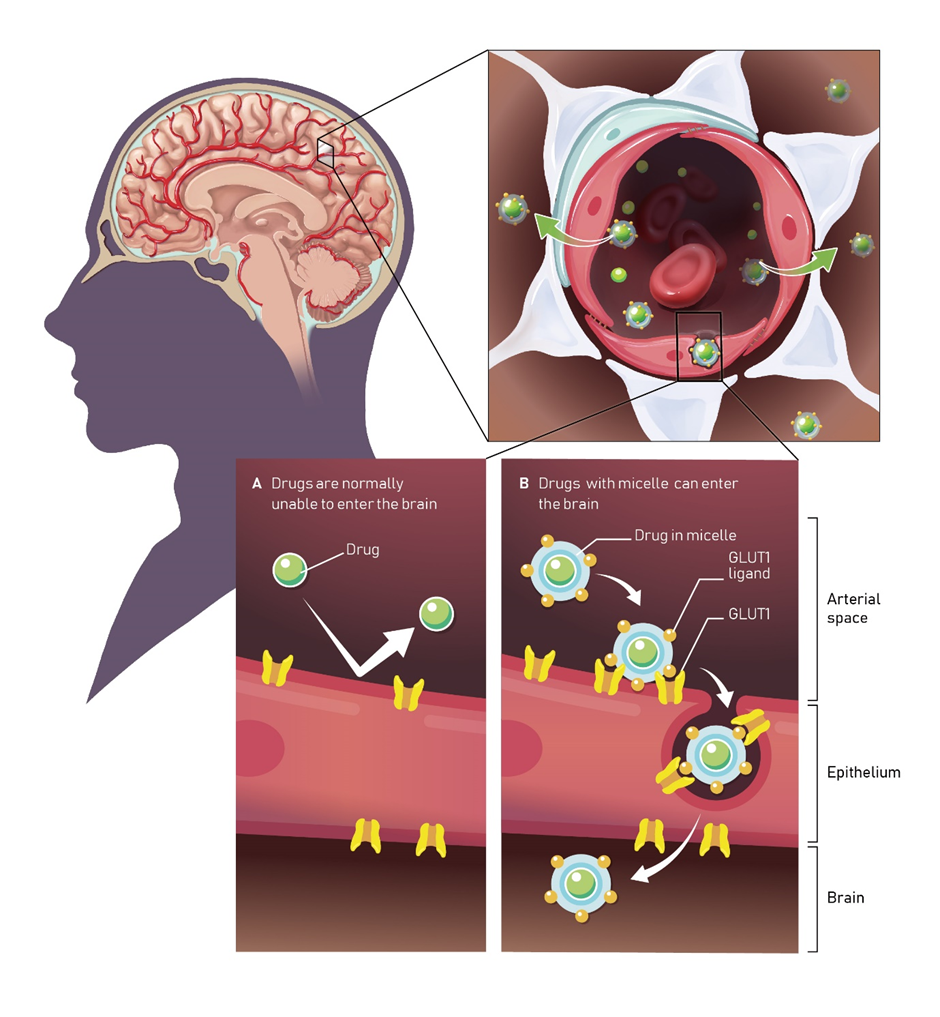 Worldwide, more than 21 million people struggle with Schizophrenia, at least 300 million people face the impacts major depressive disorder, and 1.4 billion suffer chronic pain daily (World Health Organization Fact sheets, & International Association for the Study of Pain). These diseases have therapies, but each treatment comes with compromises. The side effects, dependency issues, limited efficacy, and failure to the address the needs of all those with a complex disorder make it imperative that we continually strive to do better. Additionally, there are more than 63 million people worldwide dealing daily with the impact of progressive neurodegenerative diseases for which there are no cures and poor management options.

Our risk of developing a neurodegenerative disease such as Alzheimer’s increases with age, by the age of 85 the likelihood of living with dementia is 40%. With aging demographics across the world, the number of people in need of therapeutic treatments for neurodegenerative diseases is expected to double to more than 150 million worldwide in the next 2 decades. So, if you have a new approach and share Braizon’s drive for restoring good days, great experiences, and making new memories possible contact us to find out how we can make that happen together.

The human brain is an almost incomprehensibly complex network of diverse cells regulated by factors arising from both within and outside our bodies. Equal to this is a wide array of rare diseases which may be caused by minute variation at the genetic level in only a few people worldwide. Rare CNS disorders often have limited or no treatment due to the expense and difficulty of making a new drug, particularly for the CNS.

People with a rare CNS disorder have often been left without options by the traditional model for drug development despite the impact on their daily quality of life. However, improved diagnostic tools are making it easier than ever to diagnose rare diseases. Data-intensive small clinical trial designs, increased patient engagement via telemedicine and advocacy groups, and a passion to help the underserved are driving new therapeutic development models. Braizon is leveraging our collaborative strengths and powerful delivery platform to engage with partners and contribute to improving quality of life regardless of the number of people impacted by a single disorder.

To address the many unmet medical needs of central nervous system disorders, it is important to have an appreciation of the scale and complexity of this challenge. The often-necessary process of taking a tissue sample to understand and diagnose diseases carries the risk of damaging critical functions, this is especially true for the central nervous system. Furthermore, due to the complexity of the CNS, the creation of models of a disease for the purpose of testing potential treatments is particularly difficult. These factors contribute to unusually high attrition in the process of screening potential drugs for therapeutics that are both safe and effective. Finally, the candidate drug must be able to reach the site of its’ disease-modifying target. In the case of the CNS, this step contains a large additional hurdle in the form of the protective Blood Brain Barrier, which significantly restricts the common blood-tissue route of drug administration.

Braizon Therapeutics platform technology significantly lowers this last hurdle by opening the path to the CNS for traditional small molecule and modern biological drugs, providing a gateway to new therapies for these unmet medical needs. 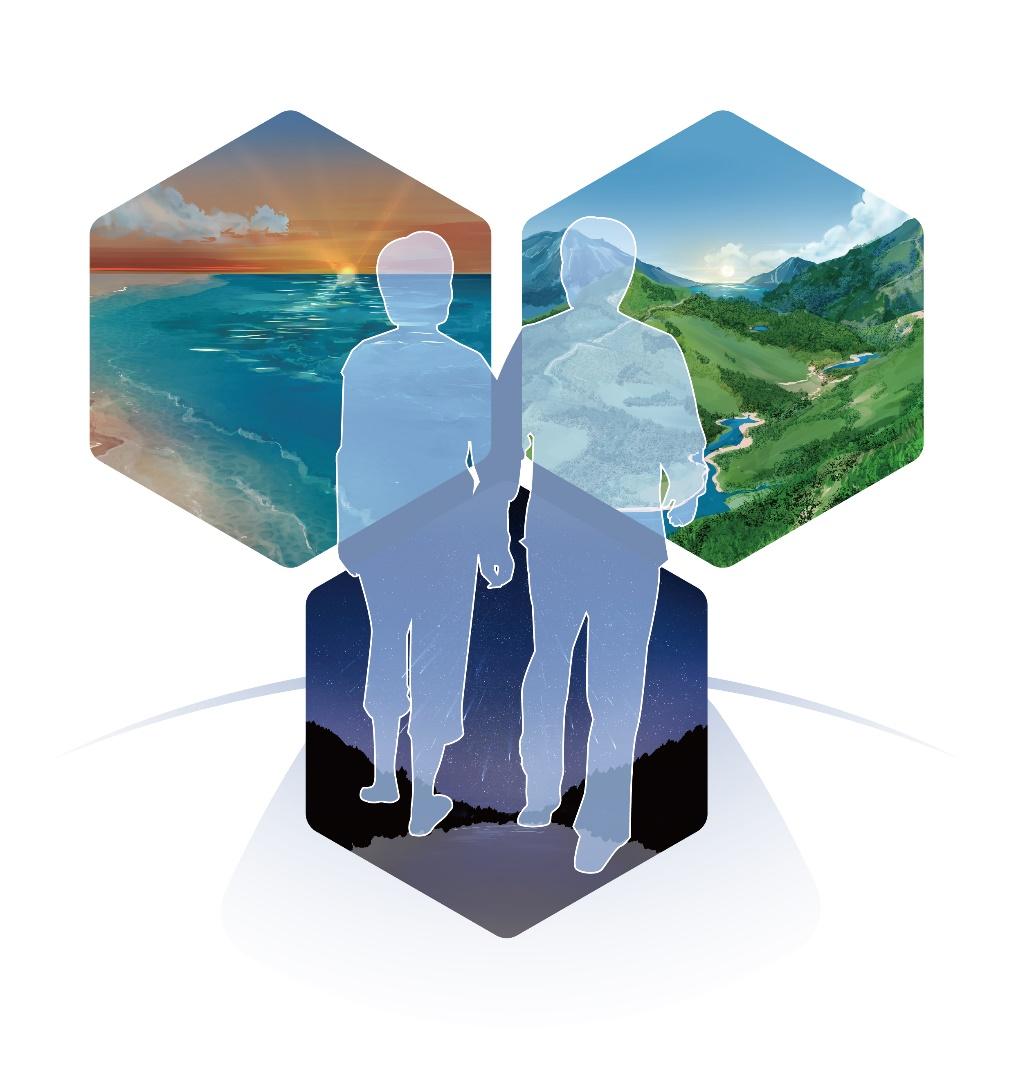